Willard Jewett bought the old Henry Wheeler farm (B-4-6) in 1836. In 1844 he sold two acres at the junction of the new road from Nelson to Sullivan and the Keene to Concord Road to Alanson and Olive (Beverstock) Bingham of Alstead. They built the house here and moved in with their three children.  Three years later the Binghams moved to Sullivan selling the place to Olive’s older sister, Lucinda Beverstock. Lucinda and her husband, Martin Rugg, lived in Sullivan and were probably not resident here.

Lucinda sold to Varennes Atwood in 1853 and he to his younger brother Oriel (also Orrel) P. Atwood two years later. Oriel was the 4th child of Phillip and Eunice Farwell Atwood. Orrel married Sarah Weston in 1848. Between 1851 and her death in 1856 the couple had four children. After her death, Oriel married Elvira Amanda Page. They had one child here and moved to Keene selling the place to his cousin, Charles C. Atwood, in 1860. Charles would later run the store in Nelson Village.

Sewell W. Page and his wife, Nancy, moved here from Stoddard in 1864 with seven children. Two more were born here. They were probably here until at least the death of Sewell in 1890. Nancy may have lived here until the arrival of Willie Guillow from Westmoreland in 1902. When Walter Hutchins married Agnes Zaide Guillow, the Hutchins Family was established in Nelson. 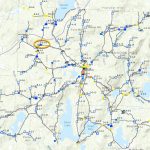