This house is in what is now Harrisville, is listed on the National Register of Historic Places. Timothy Bancroft is believed to have built the ell of this house in about 1785; the larger main block was probably added in the mid-19th century.

Timothy Bancroft of Dunstable, Massachusetts was an early investor in land in Packersfield. When he died in 1772, his sons, Timothy and James Bancroft, bought the original right of Benjamin French from their father’s estate. Timothy was married to Abigail in about 1785. They seem to have built a house here soon thereafter. Their first child, Timothy, was born here in 1788. They had seven more children. Abigail lived on the place  until her death in 1840; her husband followed in1848. They are buried along with three of their children in the Village Cemetery.

Their youngest Joel (b. 1803) bought his uncle, James Bancroft’s, place from his father in 1825 and began enlarging his farm. In addition he built the first sawmill on his parent’s place at the lower end of the Great Meadow perhaps as early as 1830 (E-2-5.) There is mention of his mill in a 1836 deed.

Soon after Timothy’s death, the home and the land downstream from the mill was sold to Appleton Parmenter who built another sawmill. The Parmenter mill burned in 1875 and the house has been used to support the Bancroft mill and as a summer residence since.

Read About this House : Wikipedia – National Register of Historic Places 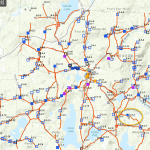