A well marks the site of this home, store and tavern today.

Thomas was the 3rd son of Nathaniel and Ann Breed born in Sudbury, Massachusetts in 1761. He came to Monadnock #6 with his parents in 1768. He was an entrepreneur. He bought Nelson’ s first meeting house in 1788 and moved it to this location. He is said to have kept a store and a tavern here. He married Polly Keyes in 1791 and the couple had ten children. Breed sold the property to Gad Newell, Nelson’s longest serving minister in 1794 and moved to D-4-7 where he established a fulling mill. Newell likely lived in the place for a year while building his home at D-3-4. In 1807 he sold it to Abel Richardson who may have kept a tavern here. Richardson sold it to Abijah and Simon Wilson in 1814.

Simon lived here from 1814 to 1817 when the brothers sold the place to Oliver Stone. Stone operated his shoe business here until 1822 when he bought the Beard house at D-3-3 and moved the old meetinghouse to the new site where he attached it as his shop. The house here, now very much smaller, was sold to Abel Kitteridge. Kitteridge was beginning a career as a cabinet maker and, soon began plying his trade at the furniture mill at D-4-1. Kitteridge lived here until 1833.

In 1833 he sold the little house to Susan Felt. Susan, a “single woman,” who moved here after nine years at C-4-21, bought the place in January and, sadly died in July aged forty-five. Her younger sister, also single and a tailoress, acquired the place from her siblings. Lydia lived here until she moved to the newly built Nelson Village in 1842. The house here was removed. 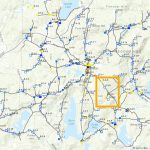