In 1856 Joel Bancroft sold 85 acres here to Appleton Parmenter. The site included a good mill site just downstream from the Bancroft sawmill.  Parmenter built a saw and grist mill here. In 1864 he sold the mill to his brother, Isaac, from Brooklyn, New York.  Sometime later the mill was sold to Sheldon and Tolman who owned the original Bancroft mill at E-2-5. When that mill burned in 1875, operations were concentrated here.  Eben C. Tolman (d. 1903) left the mill to his son, Wilmer, who ran it in addition to his many other pursuits until late in life. He directed that it be taken down just before he died in 1953. 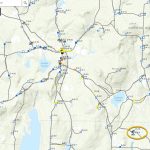