David Kimball came from Boxford, Massachusetts.  He bought 100 acres in the original right of Alexander Parke JR.  in 1784.  The property was 100 acres and would eventually hold three houses. 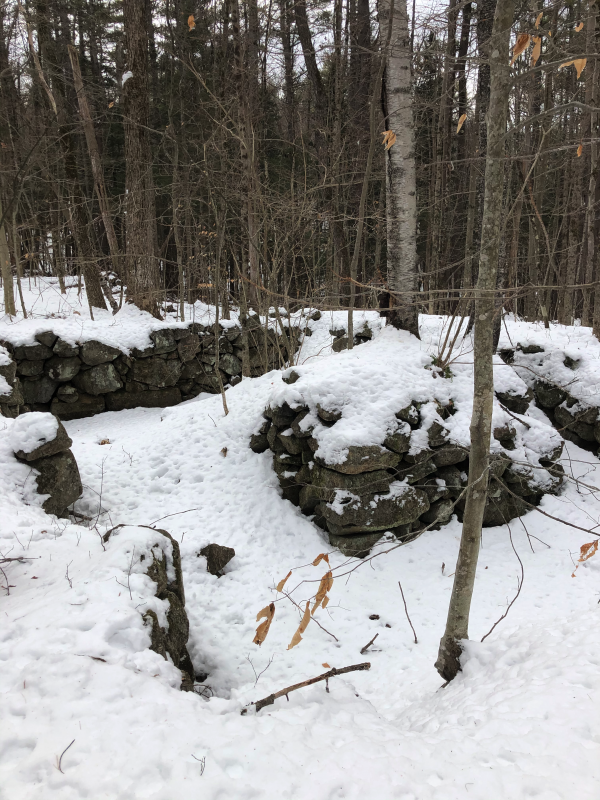 David Kimball saw much service in the Revolutionary first answering the call at Lexington in 1775, then only fifteen. He went on to serve for most of the war. Kimball married Lydia Simmons, also from Boxford, in 1786 and probably built this house in 1785. He and Lydia moved to Packersfield where twin girls arrived that November. James Kimball, also from Boxford and, probably, a brother, and his wife, Hannah, joined David and Lydia at about this time and shared the house at the beginning. The arrival of James and Hannah’s’ first child in 1787caused James to build a separate cabin for his family nearby, probably at D-3-14.  In 1799 David sold half the lot containing the original house and cabin to James and built on the half he retained at D-3-15.

James and Hannah had four children here. Hannah died three weeks after the birth of their fourth child and James married, Bridgit Bragg, and had five more children. In 1807 they sold the place to Jonas Child and moved to E-4-4.

Jonas lived here with his wife, Susan, and their young children. Jonas was a cabinet maker and son of Amos (C-3-15). They, likely, made a home for his widowed sister-in-law, Naomi Child*, and her two children.  He sold the property to Naomi, Amos JR’s widow, in 1821. Jonas moved to the outlet of Silver Lake where he ran the mill. Naomi sold it to Zopher and Gardner White in 1833. She seems to have moved to Hillsborough, perhaps to live with her son, Amos 2nd (actually the 3rd Amos.) The Whites may lived there until 1853 when it was sold to Samuel Bryant. It appears on the 1892 map as “L.B. Yardley.

*There is some confusion about Naomi Child’s identity. Ancestry.com identifies her as Jonas’ sister-in-law and married to Amos JR.  The deed for Amos JR’s property at B-2-9 supports this identifying her as Amos JR’s widow.  Struthers writes that there’s a marker in the cemetery identifying Hannah as Amos’ wife, but Hannah was his daughter. 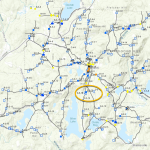