A short biography of Solomon can be found on page 93 of the pamphlet “Celebration by the town of Nelson” written and published for the town’s 150th anniversary.

Solomon was a cousin of Tabitha Sawyer.  The homestead was located at (F-5-3). In 1784, Solomon was chosen as the first deacon of the church which had been organized in 1781.

In 1816 the Ingalls family moved to Rodman, New York selling the place to Joel Sawyer, the son of Benjamin and Tabitha.  Joel and his wife Susannah (Suke Davis of Stoddard) moved in with their three children. The elder Sawyers (Benjamin and Tabitha) soon joined them abandoning their original farmhouse at (F-5-3). Solomon would die near Cape Vincent, New York on September 22, 1840. 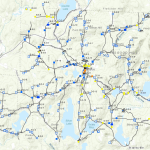