Born in Keene in 1807, Reuel moved to Nelson in about 1830 and seems to have worked for Henry Melville in his store. At the time of Henry’s death in 1838 the men had a partnership called Melville & Nims. Following his partner’s death, Nims formed a partnership with Henry’s son, Jonas, and purchased this lot and the land that is now occupied by the Nelson Common and the church. The new partnership built the three-story brick store in about 1840. Jonas lived in Jaffrey; Reuel was the active partner.

Reuel married Mary, daughter of Pious Upton and Sally Burnap and built this house. Reuel and his wife had five children. In the late 1850’s Reuel Nims got into financial trouble. The store and home were foreclosed on by Henry’s estate which held his mortgage. He moved to Keene and they were succeeded here by Benjamin and Harriet Watts. Watts was a dentist and the son-in-law of Nehemiah Rand (D-4-28). Watts and Rand operated the store in a partnership until 1869 when Watts sold this home to George Devaul. The sale contained an unusual provision: “Said Watts reserves the use of the barn for N. Rand to stable two horses also for hay and grain for three years. Possession given 6/1/1869. Also said Watt reserves the manure now on the premises and what said Rand’s horses will make hereafter.”

Devaul’s ownership lasted a few months. He was killed in a grisly accident at his sawmill. [Read more about Devaul] The house passed to Hamilton Waddell, a former partner of Jacob Seabury in Nelson’s lead mines. The panic of 1873 caused Waddell to lose his holdings in Nelson and the place came to be owned by Charles and Lydia Atwood. Charles was the fourth generation of his family to live in Nelson and may have been the last of that family to live in Nelson.

Homer and Ethel Priest followed the Atwoods and the priest family owned home through several generations before it was purchased by the Gerbis family. 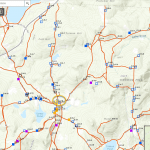