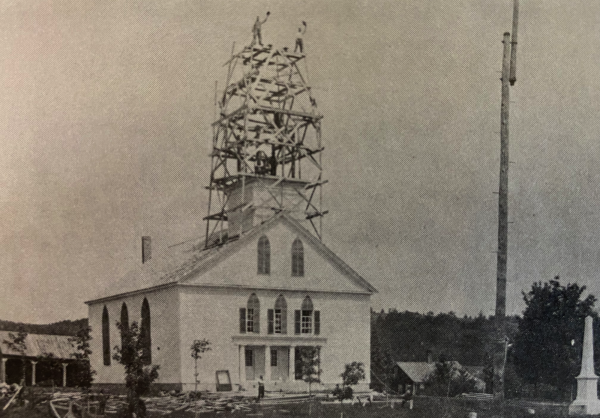 The Orthodox Congregational Church and Society in Nelson bought 1 ¼ acres here from Jonas Melville on March 12, 1841 and began construction of the current church.  The new church formed the centerpiece of the new village center and was just across the road from the newly constructed Melville & Nims brick store. Horse sheds were added, no doubt brought down from the old meeting house (D-3-16) in the old village center. Initially the building was without its distinctive steeple.

According to an article in the Keene Sentinel, John Cummings of Hancock was hired to build it though he was not quite thirty when construction began. Cummings went on to build a house for Frederick Taylor (B-4-11) and he may have built several of the houses that were built in Nelson Village at that time. 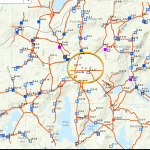 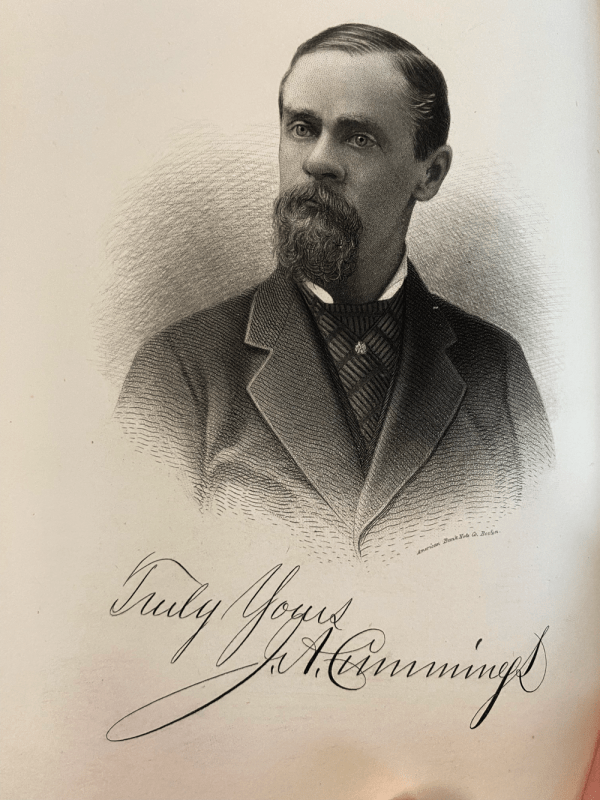