Levi and Sarah (Moody) Wilder and their infant daughter, Clarissa, settled here in 1786 moving from Templeton, Massachusetts after his service in the Revolution. According to his pension records, his house burned in August of that year while he and his family were are church. They rebuilt and welcomed another four children before moving to Cornish, New Hampshire in 1798. They were followed by Amasa Aden. He sold to Thaddeus Barker in 1803 and moved to B-3-13.

Thaddeus, the youngest son of William and Anna Barker (C-4-1) moved here from B-4-4 where had had a furniture mill. He and his wife, Millie had nine children. His wife died in 1823. Three years before his death, he transferred the homestead to his youngest son, Ora, in 1840. Ora married Sally Parker, the oldest daughter of Josiah Parker, JR and his wife Sophia. They moved to Lowell Massachusetts in 1857 selling the place to Ester Jane Craven also of Lowell. She and her husband, Tobias, owned it a year before selling to another Lowell resident, David Farnsworth. He owned it a year before selling to Lucy Davis, also from Lowell. Was the place used as a summer home in these years?

In 1866 Isaac Holbrook from Swanzey. The place may have fallen into disuse fir a while as the road that serves it was closed by the town between 1893 and 1900. The next and final occupant was Elizabeth Dolly who came in 1899. The place was abandoned after 1910. 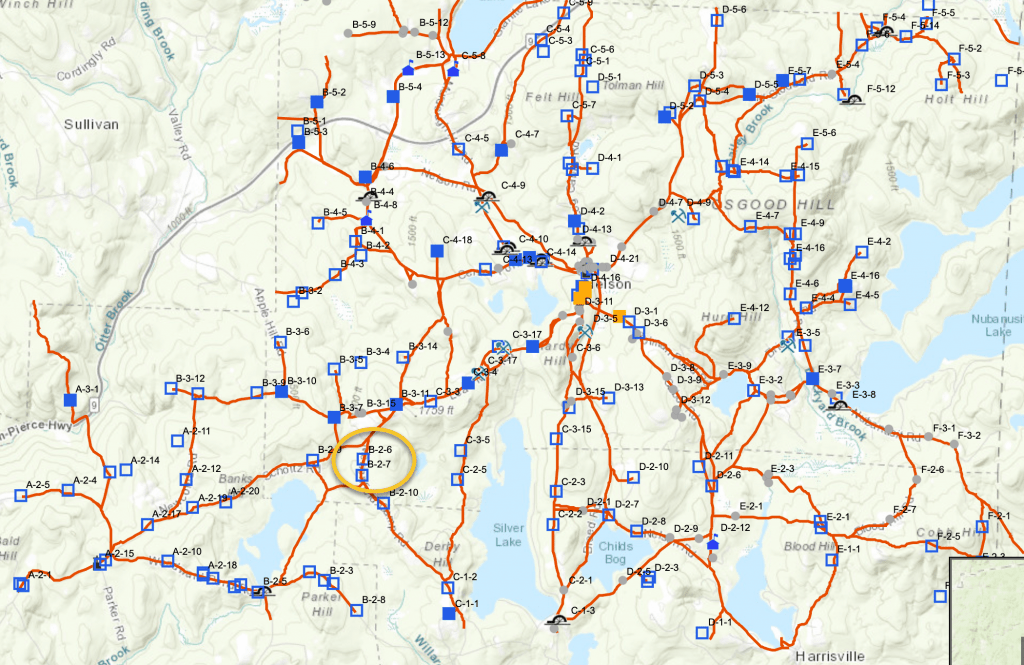