This beautiful example of an early Nelson home is probably best known for its service as Nelson’s Town Poor Farm from 1851 to 1858.  It takes its name from a quarry on the property where graphite was mined in the 1850’s and 1860’s. 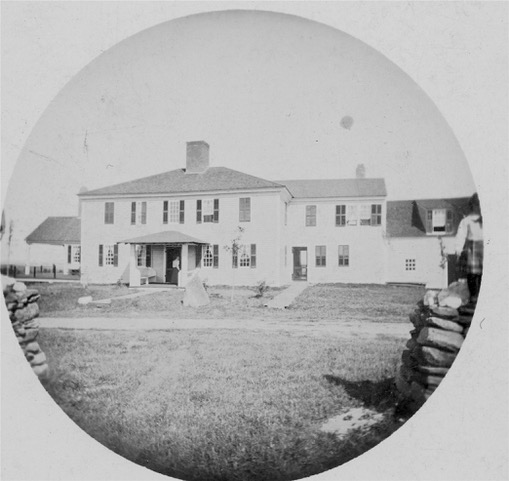 Joseph Beal, a blacksmith from Lynn Massachusetts, probably moved to Packersfield in the late 1780’s for in July 1789 the Reverend Jacob Foster, married Joseph to his daughter, Elizabeth “Betsey”. Joseph bought 100 acres here in 1791 and built the house that stands there today. He and Betsey had twelve children. He enlarged the farm by a further 58 acres before he died in 1815. Their second son, Joseph JR succeeded for a few years and made a home there for his mother and his younger siblings. He married Lois Wardwell, daughter of Ezra Wardwell; the couple had five children. Joseph moved his family to D-3-7. For a number of years the ownership is unclear. In 1828 it was purchased by Josiah Whitney II in 1838. He sold it to his son, Josiah who brought in his brother, Joseph, as an owner. The brothers farmed there until 1851 when they sold the place to the Town of Nelson for use as a place to house the Town’s working poor.

The Town Poor Farm operated at this location under the supervision of Upton Burnap. It produced food to feed its residents and bot crops and animal products for sale. The experiment ended when Sewell Day bought the farm in 1858. The deed excluded plumbago mining rights that had been sold to Samuel Griffin and Silas French.

Graphite mining was the focus if the property for the next thirteen years with the house probably used as a mine headquarters and, perhaps to house some of the workers. Jacob Seabury owned it from 1858 to 1867 sand his partner, Hamilton Wardwell owned it until his bankruptcy about 1871. The mine closed and Russell Kitteridge, grandson of Joshua Kitteridge lived here and farmed from 1871 to 1882.

In the late nineteenth century the home has been owned by the Elliot family. William H. Elliot was a wealthy and prominent member of the Keene community involved in banking and manufacturing. Mrs. Elliot is credited with restoring Joseph Beal’s original home and turning the abandoned mine into a beautiful garden. In 1895 Elliot petitioned the Nelson selectmen for permission to construct Nelson’s first telephone line. The following is record of the vote taken: “In accordance with a vote of the Selectmen permission is hereby granted to W. H. Elliot to construct and maintain a line of telephone poles and wire for the same within the limits of the Highway between his house in Nelson and Munsonville by the way of Nelson Village.” 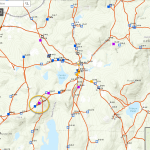