Josiah Parker: The approximate location of the Josiah Parker homestead. The site is occupied by a much more modern building. Stone enclosures and potential barn foundations suggest it as the site for Parker’s house.

Josiah Parker came to Packersfield from Wilton, New Hampshire in about 1789 with his wife Eunice (Pierce). Their first child, Josiah JR. was born in Packersfield that year. They may have lived with his mother’s family (Farwell) elsewhere in town while he cleared land and built a house here. They occupied the place in 1791 and had at least eight more children. They lived on the place until Josiah’s death in 1828.  Eunice either lived here or with her other son, Samuel at C-4-7 until her death in 1853. Both are buried in the Munsonville Cemetery.

James Parker bought the place upon the death of his father Josiah. He probably lived there until his own death in 1859. The place was probably abandoned then. 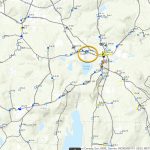