The settlement survey in 1774 lists a sawmill and house here that had been built by Breed Batchellor as early as 1772. This was part of Batchellor’s estate that had been confiscated by the State of New Hampshire when he joined the British Army. It was bought first by Elisha Wheeler in 1781 and then sold to Joshua Kittredge in 1784. The house was probably occupied by the operator of the mill before Kittredge bought it.

Joshua Kittredge was born March 15, 1761 in Tewksbury, Massachusetts to Thomas and Anna (Thorndike) Kittredge. He was the third of seven children. Joshua served in the American Revolution. He first joined up in Tewksbury, Massachusetts on April 2, 1778. He served in Captain John Moore’s Company of Colonel Jonathan Brewer’s Regiment of guards, and spent three months guarding Burgoyne’s troops at Cambridge. His second enlistment on October 7, 1779 was also from Tewksbury, and he served under Captain Joshua Leland at Cobble Hill for one month garrisoning a fort.

The following year, Joshua moved to Amherst, New Hampshire, living with his father’s cousin Solomon Kittredge. There he joined up a third time at Lyndeborough, New Hampshire in May of 1780. This time he marched to West Point and was there “the same year Arnold escaped.” Joshua was selected for the light infantry under Lafayette and marched to Elizabethtown, New Jersey. He was discharged in November 1780.

About 1785, Joshua settled in the town of Packersfield, New Hampshire (later renamed Nelson). He built a much larger house in 1797; the house was passed down in the family until 1877, and it’s believed to be standing in 2012. Joshua used his sawmill as a lumber business, and he was also a farmer.

Joshua married Solomon Kittredge’s daughter Lydia on November 29, 1787 in Amherst, New Hampshire. They had three daughters by the time of her death in 1795. He then married Beulah Baker on June 10, 1796.

He, his second wife, Beulah, and several of their children now rest in the Nelson Cemetery. 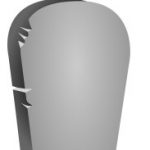