The place was originally cleared by William Priest starting in 1779. The sold the place to Joseph Felt in 1781 and bought Felt’s land further north at C-5-6. Joseph Felt came from New Ipswich, New Hampshire built a large house here following his service in the Revolutionary War. His record shows that he served at Bunker Hill. He was wounded in the thigh and taken prisoner at Ft. Washington November 15,1776. His military records describe him as “age 18; stature 5 ft 4 in.; complexion, fair; eyes, gray; occupation, farmer.”

He died on the place in 1842 and is buried in the Nelson Village Cemetery.

In 1820 he sold the farm to his son, Jerry Felt.  In 1846, only for years after the death of his father, Jerry lost the farm in a bankruptcy. It was added to the Burnap farm to the south. The house was abandoned sometime after 1846. A deed from 1860 refers to the “old house” on the Felt Farm. It was probably still standing, but unoccupied for some time. 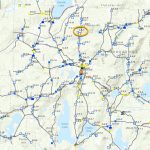