Joseph came to Packersfield with his parents about 1790. He followed his father at B-5-12 before buying lot four, range four of the northwest quarter in 1816 and building the house here. He left for Weld, Maine in about 1820 and Asa Stone (who may have held a mortgage) was awarded title by a court after Baker’s departure. Sometime between 1816 and 1827 a second dwelling was added. The property was acquired by Joseph Osgood in 1827.

Joseph and his wife, Polly Jewett Osgood moved in with their four young children in 1827. The couple had four more children before Polly died in 1841. The year Joseph bought the place he sold one of the houses to his mother who lived there until she died in 1831. He remarried Sarah Lovejoy the next year and they had a child of their own before moving to Milford, New Hampshire in about 1844.

Ezra Wilder took over the mortgage and moved in. It seems likely that Ezra moved the newer of the houses and joined it with the original to form the house we see today. Ezra married Elizabeth Hawthorne in 1845 and they had four children. In 1888 he sold the place to his youngest son, Frederick. Ezra and Elizabeth lived there until their deaths in 1890 and 1897 respectively. Frederick sold the place to George S. Page and his son, the famous dance caller, Ralph, lived there for any years. It is currently the home of John Bunce. 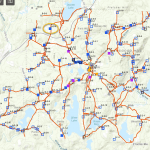