Jonathan Lovejoy was born in Hollis in 1754, enlisted from there and settled here in 1791 after service in the Revolutionary War. He and his wife, Rebecca, had three children. Their youngest daughter, also Rebecca, married Absolom Farwell and lived with Jonathan until he died in 1825. The Lovejoys are burried in the village cemetery. Absolom Farwell sold the place to Bethuel Harris and moved to Ohio in 1830.  Harris sold it to Nathaniel Parker in 1834. Parker lived here until 1859 when he sold it to Jacob Proctor (1859-1866.) Zopher Willard and Amos Perry followed him (1866-1868.) Hugh Clark lived here from 1870-1876 followed by James Wilson (1876-1894). The house disappeared during Wilson’s ownership. Later, Arthur Livermore bought the place and built a summer home. 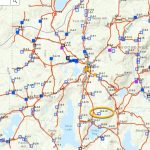