Jonathan Haild (also Hale and Heald) moved here from Templeton, Massachusetts. He was born in Acton, Massachusetts in 1740. The Acton connection is undoubtedly how he met William Barker (C-4-1) and his family marrying that man’s oldest daughter, Rhoda. He served in the Braddock Campaign with his father-in-law. The Hailds bought the southern half of the Levi Wilder farm (B-2-6) in 1789 and built this house soon after. Jonathan died in 1811 and Rhoda probably lived there until the place was purchased by her nephew son of her nearest neighbor to the north, Joel Barker in 1835. Joel sold to David McIntire in 1841 who was there until 1858. The subsequent owners were Anna Davis (1858-1869), Eleanor Ruggles (1869-1874) Simon Grow, Silas Hardy of Keene, and Hannaford Henderson who bought in 1899 and was the last resident. The place was abandoned before 1910. 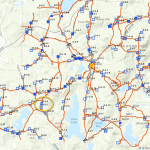