John Spinney was an early settler with a board house and two acres cleared by
1773. He was a Packersfield selectman in 1775 and 1776 and signed the association test in that
year. We know nothing about his family. John died before 1785 when Packersfield’s tax records
refer to the place as being owned by “John Spinney’s heirs. “
The place may have been vacant for a while, but Samuel Scripture JR. (D-2-13) seems to have
bought the place soon after he moved to the neighborhood in 1787. The next occupant may
have been his son Jeremiah (Jerry). He seems to have lived here following his marriage to
Lucinda Reed in 1818. The couple had five children before Jerry died in 1838 at age 40. The
home and 40 acres were deeded to Lucinda by her father-in-law. In 1840 Lucinda remarried
George W. Harrison and moved to of Nashua.
The last occupant was John Yeardley. He bought the place in 1844 and lived there until his
death. John married Laura Bryant, daughter of Benjamin and Sally Bryant (D-2-14); they had 4
children. Laura died in 1878 and John in 1888. Both are buried in the Island Cemetery in
Harrisville. The house was abandoned after John’s death. 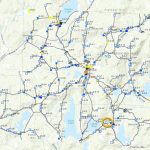