John came from Marblehead, Massachusetts in 1772 at age 33. By the year 1774 he had 9 acres cleared and a frame house built with his family in residence. He probably responded to the Lexington alarm and marched from Packersfield in April of 1775. Later, in 1777, he responded to a call for volunteers to defend Fort Ticonderoga in New York from the British invasion from Canada. Some 40 years later, John died on his homestead in 1820 and is buried on the old town common.

He and his wife, Sarah, had seven children.

Their son, Samuel, and his wife, Eunice, succeeded on the farm in 1819 and raised twelve children of their own. They established a family cemetery overlooking what was then called Mud Pond (Child’s Bog) where they were buried.  Their daughters Electa (1841 age 24) and Amanda (1848, age 33) were buried there later.

In 1838 Samuel sold the farm to his son, Darius. Darius and his wife, Mary Bryant, raised eight children of their own in the place.  Realizing that there would not be Farwell family on the farm forever to take care of those interred there, Darius had his parents and sisters disinterred and moved to the Island Cemetery in Harrisville. Darius died on the homestead in 1898; his wife followed a year later, and the house and barn were taken down.

Darius and Mary are buried with their family in Harrisville.

You can read more about John Farwell and his family in the pamphlet “Celebration by the town of Nelson”, beginning at page 66. 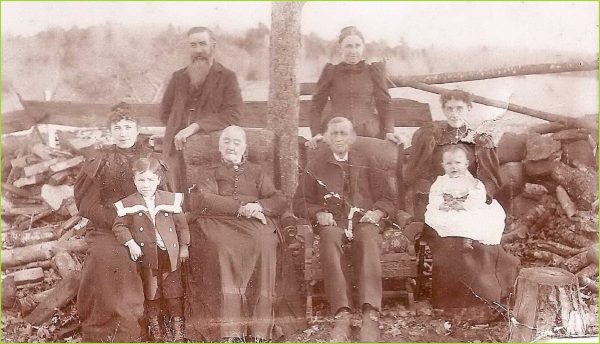 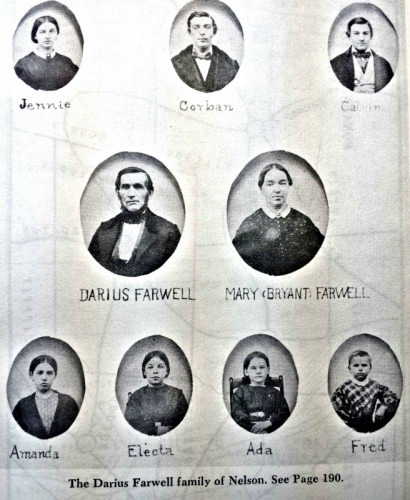 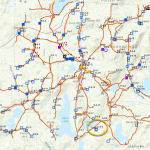