Or you can just read this page. 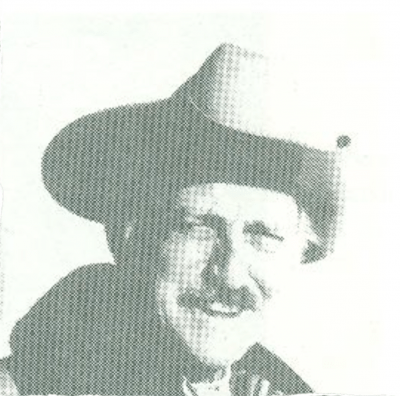 “The wise and powerful wizard” was the caption written in crayon beneath the official name and position on Professor de Martelly’s office door at Michigan State University.[73] As a youth he was a prodigy and later became an important artist in the regional style. “In the mid-thirties John S. de Martelly was one of the nation’s most promising young painters and printmakers. His works were compared with those of El Greco, even Rembrandt.”[74]

Through his link to the Stocktons, John Stockton de Martelly was a descendant of one of America’s founding families. He learned his craft at the Pennsylvania

Academy of Fine Arts in Philadelphia, the Carnegie Institute of Technology in Pittsburgh, the Academia Del­ le Belle Arte in Florence, Italy, and the Royal College of Design at the Victoria and Albert Museum School in London.

In his earlier work, de Martelly reflected the moods of art in America. As a lithographer he stepped out on his own and led the way, setting styles and creating his legacy. In early 1943 it was from Windy Brow in Nelson that de Martelly marketed his work to the Associated American Artists in New York. Before coming to New Hampshire he had spent seven years as the head of the graphic arts department at the Kansas City Art Institute, where he studied with and became friends with Thomas Hart Benton (1889-1975), American painter and muralist. When Benton was fired from the Art Institute, the Board of Governors offered de Martelly Benton’s position as head of the Painting Department. De Martelly resigned in protest.[75] He went to Michigan State University in 1943 and was named Artist in Residence in 1946 by university president John Hannah, who later was appointed Secretary of the Department of Housing and Urban Development by President Lyndon B. Johnson.[76] “Make Hay While the Sun Shines (Figure 19) by Mr. De Martelly hung in Mr. Hannah’s office both at Michigan State and in Washington.

In his introduction to John S. de Martelly: A Retrospective Exhibition, Theodore Baldwin writes: “Trained as a painter, the versatile artist in residence at Michigan State University, John de Martelly, is probably best known for his work on the ‘stone’ — lithography. His forte for 26 years at MSU was instructing art students in the delicate technique of drawing their impressions in stone, and then printing the results.”[77]

De Martelly showed at invitational and juried exhibition throughout the United States. His work was published in Time, Life, American Artist and Parnassus: Poetry in Review, an American Literary Magazine. His creative spirit extended to his writing as well. In “John S. de Martelly, A Retrospective Exhibition,” 3 April 1970, the artist wrote:

Art form comes down to us through time immemorial and has a human implication, is a regurgitated group of human shapes. From the bowels as well as the mouth — the very guts of it set it aside from cultures that only offer equations to represent it. It is a basic element. It must remain basic. It must imply man on His earth and in his universe.

The figurative world has always been part of Great art.