John Boynton came to Packersfield in 1781 after service at Saratoga in the Revolutionary War. He bought 100 acres here and probably built the house soon after. John is said to have been a blacksmith. John and Sarah Boynton welcomed their first child here in 1785; The couple had four more. They sold part of their property to Gad Newell in 1794 but acquired other land as well. John died in 1807 leaving a wife and four young children. Sarah and John’s son, Moses who died at three are buried in the Village Cemetery. Sarah sold the farm to Abijah Wilson in 1809 and left Packersfield.

Abijah Wilson was the second son of Asa and Katherine Wilson and grew up on the family farm at E-4-13. He married Betsy Maynard, daughter of Bannister and Hannah Maynard. The appeal of the Boynton property may have been the blacksmith shop John Boynton would have constructed there as Abijah was also a blacksmith.The federal style house here was built by Abijah Wilson as a replacement for one built earlier by John Boynton.

The Wilson’s moved to the Village around 1840 and were succeeded here by Noah W. Hardy.

Noah W. Hardy was the grandson of Noah Hardy, one of Packersfield’s early settlers. Born to Captain Noah Hardy JR. and Jerusha Kimball Hardy in 1820 he married Maria Stone in 1847. The couple raised five children there. Noah was a farmer of great energy. He expanded the farm to about 900 acres with an extensive apple orchard and a sugarbush of 1100 trees. His wife died in 1880 and Noah remarried. He died in 1898 at the age of 78. He and Maria are buried in the Village Cemetery.

Noah’s son, Dr. Edwin Noah Hardy, inherited the farm He was a well-educated and widely traveled minster who used the place as a summer home. He died in 1950. He and his wife are also buried in the Village Cemetery. The Hardy family continued to use the place until recently. 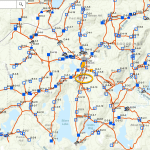