John Adams was born in Sherborn, Massachusetts in 1750 and was one of Packersfield’s earliest settlers. He bought 300 acres from his father, Captain Moses Adams, an early investor in land in the town. His name appears in the record of the first recorded road laid out in the town – the road from the meetinghouse to Dublin laid out in December 1773. Adams had cleared 15 acres and built a board house by the time Monadnock #6 was incorporated as Packersfield in 1774.  He married Mary Rollins of Dublin in in January of that year. The couple had eleven children. Mary died in 1818 and John sold the farm and moved to Watertown, New York.

Whitcomb French bought the place and was there from 1818 to 1822 when he sold to William Seaver. Willian and Mary Seaver had seven children. William lived there until his death in 1867. In 1870 the farm became part of Harrisville. His wife, Susan lived there until sometime in the 1870’s. William and Mary are buried in village cemetery. 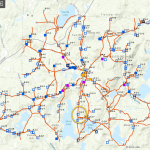