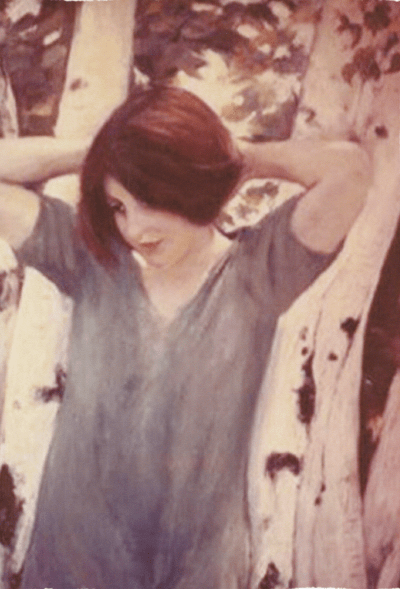 It is J.D. and Marie’s Spaeth’s daughter Janet who married John Stockton de Martelly and lived much of each year in Nelson. John de Martelly was a painter and lithographer, and together the couple had three artistic children: Johanne (Joey) de Martelly, a visual artist; Taya de Martelly Nelson, a dancer; and Michael de Martelly, a designer and writer. Michael and Johanne have remained in Nelson.

Over her life Janet de Martelly exhibited her work with her mother and with John, her beloved husband. Four years after her heartbreaking death in a car accident while on her way from Michigan to Nelson, John de Martelly dedicated his retrospective exhibition at Michigan State University to her, and wove a long , deeply personal poem about the pain of his loss through the exhibition catalogue.[73]