This cellar hole on the west edge of the Village Cemetery was part of the cluster of buildings that formed the original center of the town surrounding the meetinghouse. It was built and first occupied by a succession of Beard family brothers.

James and David Beard JR, came to Packersfield with their parents, David and Hannah, as children in 1781. In 1797 the town sold them 4 ½ acres of the town common west and south of the burying yard and they built a house here. They sold it to their brother Aaron, a joiner, who moved here from D-3-9. He sold it to another brother, Asa, who lived here from 1802 until about 1815 when he began building the mill at the outlet of Granite Lake and a house for himself there. He may have rented the place to Barnard Warren who established a shoe shop. It is likely that the original meetinghouse was moved here from D-3-11 and attached to the house to accommodate a shoemaking and repair shop. The sketch of the foundations at the site that accompanies this article shows the likely location of the addition. In 1822 Asa Beard sold the place to Oliver Stone who ran the business until 1833 when he was succeeded by Henry Flint, also a cobbler.

When the current Nelson Village was built starting in 1830’s, Henry moved the house, the old meetinghouse and his business to D-4-29. The deed from Flint to Henry Melville (9/26/1836) contained the following provision: “Reserving the shoemaker’s shop on said premises providing it is removed in 3 months.” 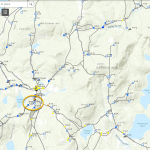 Notes for the sketch:

The main house is 38 x 30 feet with a cellar under the southern portion (24 x 30’) and a chimney base (approximately 6 x 8’) on the center of the northern wall of the cellar hole. The wall separating the cellar hole from the back of the house is not in the center of the structure suggesting the larger section was two stories high and that the back section was a “leanto” perhaps added later.

To the west of the original west wall of the house, there are series of rock walls approximately 22 x 38’. Those walls enclose the location of the well.  The walls have fallen and moved over the years, but this could well have served as the foundation for the first meetinghouse (25 x 30’) that is said to have been moved here and used as a shoe shop.  If the well was not included in the footprint of the shoe shop, the long dimension of the structure that supported the shop fits the old meetinghouse almost perfectly. There is a stone support wall extending south from the house foundation a few feet that contains bricks; this could have been the base for a chimney to provide heat for the shop. 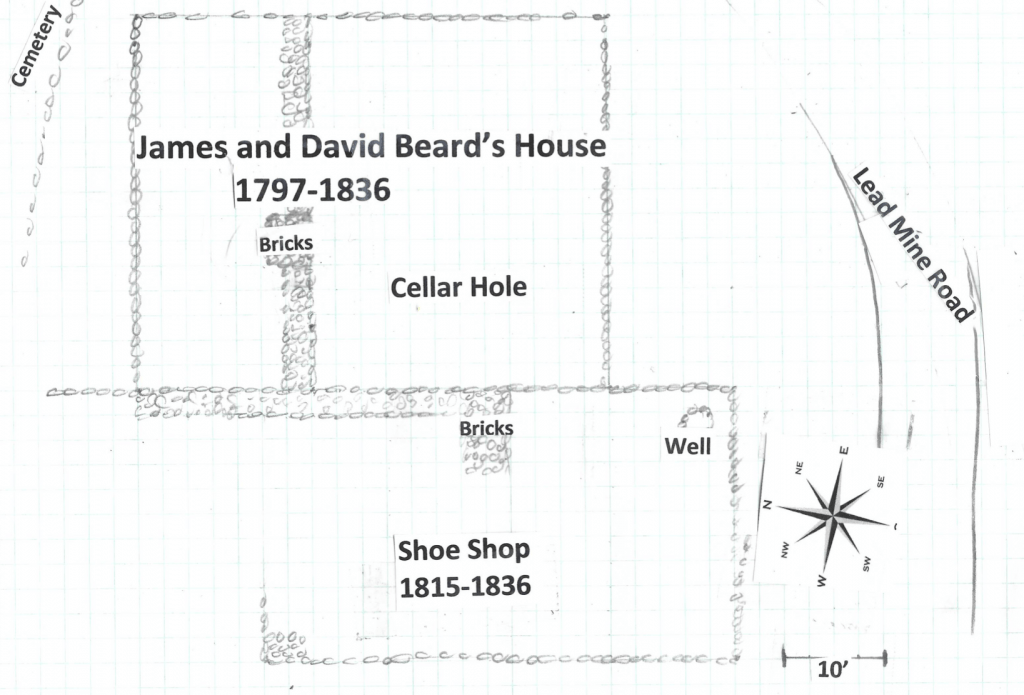