Nothing remains of this home today. The cellar hole was probably filled in when the village cemetery was extended to the north in the 1970’s. 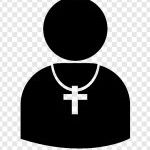 In 1781 Packersfield settled its first minister, Jacob Foster. He bought 100 acres of land near here from Uriah Wheeler his neighbor at D-4-12. He raised the money by selling one io the ministerial lots that was his due as the first settled minister.  Foster was a graduate of Harvard College in 1754; served as pastor in Berwick, Maine until he entered the Continental Army in 1775. He came to Packersfield after that service.

As the minister was hired by the town and supported by public money, there is an extensive record of his settlement. The town would “clear up and seed eighteen acres of land”, six acres in each of his first three years. They went so far as to specify that the land would be seeded with two pounds of “hard grass” and one pound of clover per acre. He was to get a salary based on the number of families in town and free firewood.  The following is from the official town records:

Jacob Foster and his family are the only known residents here. Jacob Foster left Nelson in 1792 selling his place to Jonas Minot. Jonas had purchased the Wheeler Farm and added this property back to that holding. The family left Packersfield but returned a few years later; he died here in 1798 and is buried in the village cemetery.

When Foster left he sold his modest home to Jonas Minot who had purchased the adjoining property. He gave the place to Josiah Melvin, his son-in-law. The Melvin’s lived here while their new home was being built at D-4-19. It may have survived somewhat longer as an outbuilding on he Melvin farm, but it was gone soon after. 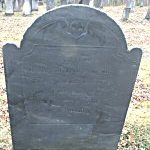 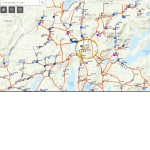