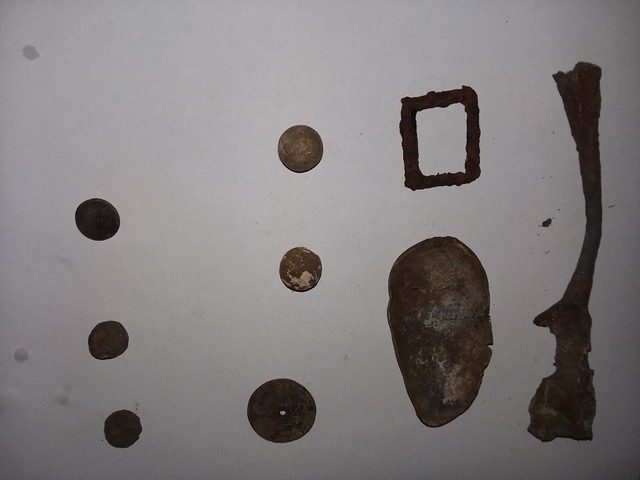 A recently discovered rectangular depression here may be the site of the cabin of Ithamar Smith. Coins, musket balls and a pewter spoon are evidence that this was a home site. Smith appears in the list of settlers submitted by Breed Batchellor in support of the petition the Monadnock #6 proprietors to the governor in support of their petition for incorporation. He reportedly had six acres cleared in lot #4 range 7 of the northeast quarter with two adult men in residence. Batchellor reported that Smith left in 1773 and had been in residence one year.  He also appears in Willard’s survey of settlers made a few months later as Ethjmar Smith with a cabin, three acres cleared and no one in residence. There is no record of Smith acquiring title to the place, but it was not unusual for early settlers to be offered land at a very attractive price on the condition that they cleared an agreed amount of land and stayed for a number of years. 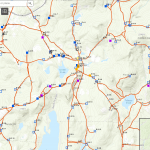