Deeds and road descriptions make clear that this was the homestead of Isaac Jewett, the founder of that family in Nelson. Parke Struthers has him at B-4-6, but the first Jewett there was Isaac’s son Willard. Isaac was born in Hollis, New Hampshire, bought the land from his father, Nathaniel, and moved here, probably from Temple, in 1788. He and his wife, Mary raised at least five children here. His son, Isaac JR was born on the place in 1794.

In 1818 he sold the place to his son, Isaac. He, his wife Eunice, and their family lived with his parents until they moved to Wilton in 1845.  That year his mother died and he sold the place to his son, Francis, who’d been born there twenty-five years earlier. Isaac SR died in 1852 and his grandson sold the place the next year and moved to Chelmsford, Massachusetts. The next inhabitant was Stearns Tarbox. The Tarbox family owned the old Jewett homestead until Charles Tarbox sold it to Gerti and Fred Murdough in 1891. Fred worked the chair factory in Munsonville and held numerous town offices. The place was abandoned in the mid-nineteen fifties. (Joan Murdough) 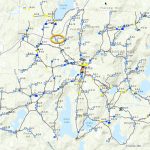