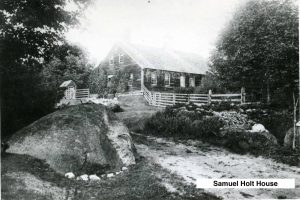 Joseph Stiles acquired the property from his father in late 1792. The record of the road layout that year indicates that the house had been built by Joseph, but before the actual purchase, probably 1791. Stiles sold it to Samuel Holt and it would continue in the Holt family until the early twentieth century.

Samuel Holt was a member of a large Holt family whose members came to Packersfield from Andover, Massachusetts right after the Revolution. They included Daniel (E-4-3), Thomas (E-5-6) and Joel (C-5-4). Little is known about this numerous family except that they inhabited the family home with many generations and pairs of siblings living in the small cape cod style house at one time.

The home that Joseph Stiles built was quite small and was quickly expanded to its present size, probably by Samuel Holt. Samuel died in 1819 are the age of 75 and was succeeded on the place by his son, Samuel JR. He and his wife, Charlotte raised three children there before Charlotte died in 1825 at the age of twenty-five. There were plenty of adults to look after the children as his brother, Hiram, his wife and three children lived there also.  Samuel left Nelson sometime before 1885 and Hiram died at the Holt place in 1894. The Holt family continued with Hiram’s daughter, Emeline (died 1897)  and Emeline’s niece, Arvilla (died 1902). 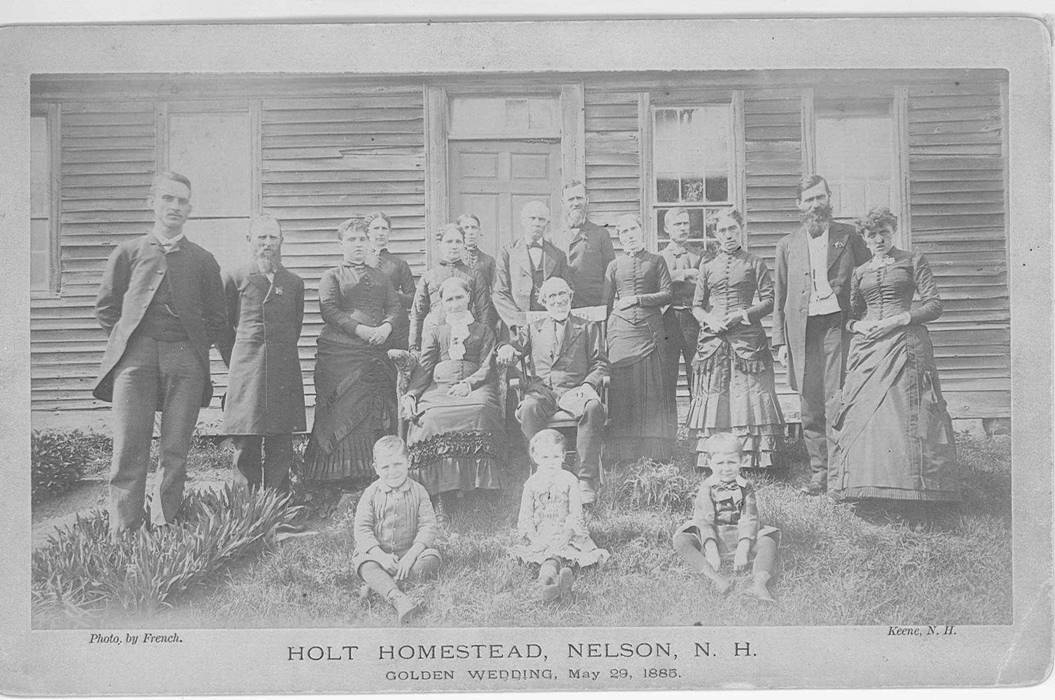