He Perished of Cold by the Wayside

He Perished of Cold by the Wayside 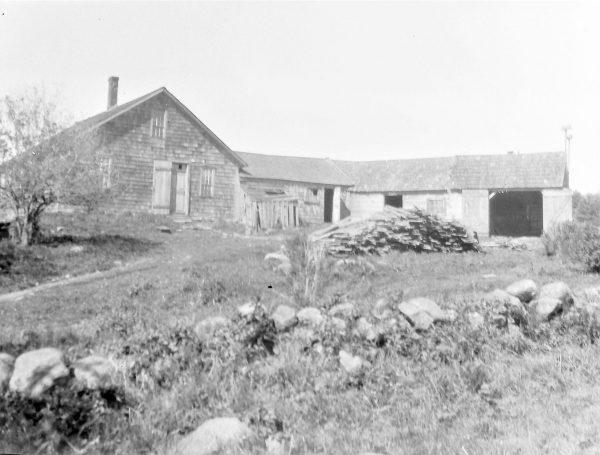 The home of Jonathan Whittier in Stoddard, built around 1804.

In 1864, Jonathan Whittier moved with his family into a 60-year-old farmhouse in the southwest corner of Stoddard. Whittier worked on the farm and renovated the old farmhouse. In the mid-1870s, as he approached 60 years of age, it is said that he worked the fields like a man half his age.

In late December of 1876 the family was running low on supplies. A storm was threatening, but Whittier felt that he could walk to the Munsonville store and post office, some 3 miles distant, to get supplies and the family’s mail before the storm arrived.

On Dec. 29, he made the trek to the store. Snow began to fall as he made his journey. He picked up his mail and supplies and started toward home. The light snow changed to a blizzard, and the snow piled up fast and deep.

The owner of the store later reported that Whittier completed his business there and started for home in the midst of the storm. The wind increased, piling the snow into deep drifts and decreasing visibility. Whittier wandered from the trail less than a mile from home and sat down under a large maple tree to rest. Jonathan Whittier never returned home to his farm that evening.

When the weather cleared the next day, Whittier’s family began searching for him. They found that he had started home from the post office, but they could find no trace of him anywhere in the neighborhood. The neighbors joined in the search and Whittier’s daughter, Elsie, wrote in her diary that “40 men are hunting for my father.” They searched for a week, but found only a pail and oil can that he left beside the trail.

For three months the family waited, with no word of their husband and father. On March 25, 1877, as the winter snows began to melt, Whittier’s body was found by the roadside, not far from his home. The New Hampshire Sentinel reported at the time that: “The body was in a good state of preservation, imbedded in the snow, with no indications that it had in any way been disturbed in its icy surroundings for the three months since his death.”

Whittier’s gravestone in the Munsonville Cemetery recounts the tale of his tragic death. It reads: “Jonathan H. Whittier, died December 29, 1876, age 58 years, 8 months. He perished of cold by the wayside in trying to reach his home. Found March 25, 1877.”