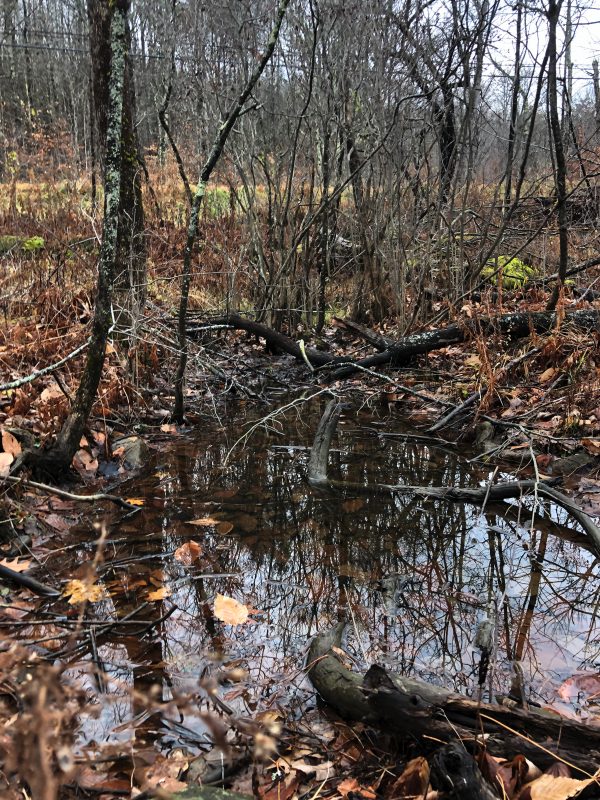 Water Stands in an old vat at the Henderson Tannery 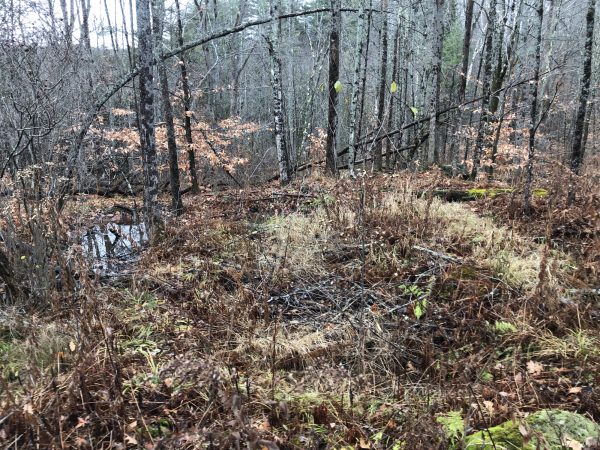 Stephen Harrington established his tannery in about 1803. The tannery is located just east of Henderson Road on a small brook that served as both its water supply and its waste removal system. Water from the brook was collected above the road and carried by aqueduct across the road to the tannery below. Though overgrown with brush today, the four rectangular and at least three other square, stone-lined vats are clearly visible from the road. Harrington sold the tannery to Asa Spaulding in 1822. Spaulding lived on the “Skinner Farm” at C-4-4 and managed his tannery and brickyard (C-4-15) until about the time of the Civil War when they, likely ceased operation.

In nineteenth century Nelson, tanning was an industrial activity central to the functioning of the community. Most raised animals for milk, meat or wool and there was a ready and constant supply of hides. Similarly leather use was ubiquitous. Leather was used for harnesses and saddles, for foot ware and clothing, and for the belting that connected rotating shafts within many of Nelson’s mills. Tanned hides must have been shipped to cities for use there.

The process may have been primitive in today’s terms, but it was certainly industrial, using water and chemicals to treat animal hides in vats and producing noxious odors and waste runoff. It all started with a process in which the hair and animal tissue were scrapped from the hides after soaking, usually in solutions made from urine and animal feces. The hides were spit into two pieces of the desired thickness. The tanning process itself involved placing hides in vats filled with solutions of water and natural tanning agents (primarily tannin.). Harrington made his own tannin in his bark mill at C-4-9. Over the course of approximately one month, the hides were slowly moved from one vat to another with ever higher tannin concentrations. Finally, the leather was dyed, if required, and dried.

The air was full of unpleasant odors and the waste was dumped into the brook. It is no wonder, Harrington’s successor, Asa Spaulding, chose to live two hundred yards away at C-4-4. It is a wonder that Nehemiah Flint and his family could stand to live across the road and two hundred feet away at C-4-17. 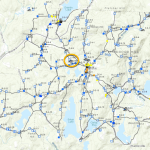