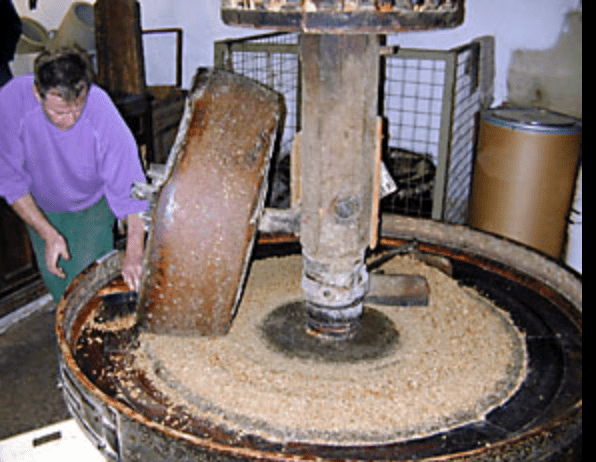 Stephen Harrington established his tannery at C-4-8 in about 1803. He probably built this water powered bark mill at about the same time. The bark mill consisted of a dam and a mill where oak and hemlock bark were ground to produce tannin rich “powder” for use in the tanning process. The mill has a low stone dam which raised the brook a few feet to feed a raceway in which the velocity of the water was increased to turn a small, undershot, water wheel. The bark was sometimes stripped from standing trees, but it may have come from any one of Nelson’s operating sawmills.

Bark mills of this era were edge mills where dried bark of, typically, oak and hemlock , were fed into a mill in which stones roll around on their edges on a level circular bed. The resulting shredded, tannin rich, bark was transported to the tannery where it was mixed with water and used in the tanning process. This is the only known bark mill in Nelson and may have supplied the Bryant tannery (E-3-14) as well.

Harrington sold the tannery to Asa Spaulding in 1822. Spaulding lived on the “Skinner Farm” at C-4-4 and managed his tannery and brickyard (C-4-15) until about the time of the Civil War when they, likely, ceased operation. 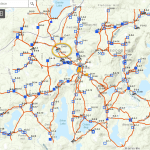