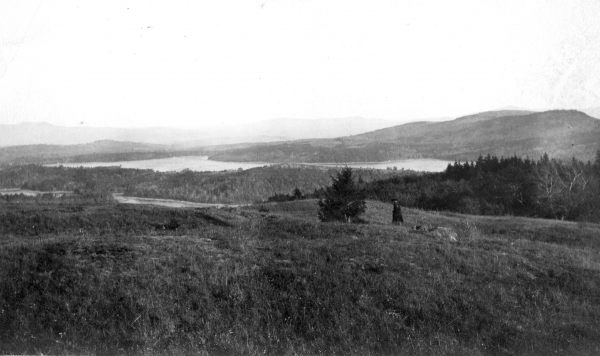 Spoonwood and Nubanusit from City Hill

In 1904 William S. Hall bought the old Samuel Adams Farm from Wilmer Tolman.  The old Adams home was certainly gone when Hall built a home on the old cellar hole in 1905 or 1906. The house was constructed of lumber sawn in Wilmer Tolman’s mill at Mosquitobush (E-2-6). There might have been a few roses or lilies left to remind Hall of the people who’d lived there. Hall was a distinguished Boston lawyer eccentric Batchellor and accomplished yachtsman. The new place was designed by Hall’s friend and relative, Fredrick Law Olmsted Jr., son of the famous architect of Central Park in New York.

Sarah Sharples Olmsted (wife of Frederick) and the Sharples family inherited the place when their cousin, William Hall, died in 1937 and they sold it to Newt and Janet Tolman when Olmsted retired to California in 1950. Newt Tolman was a well-known writer, musician and ski instructor. 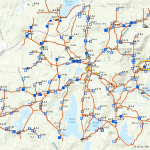 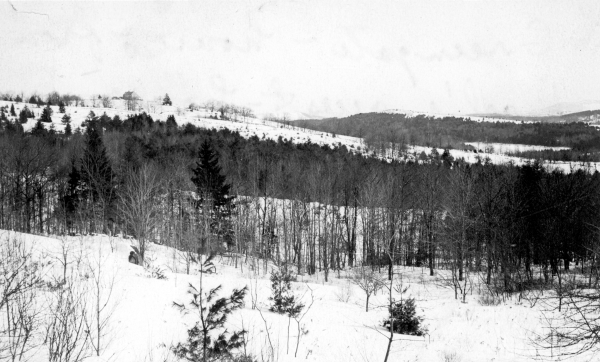 Greengate on top of the hill, taken from top of Brick Yard Road, about 1910.