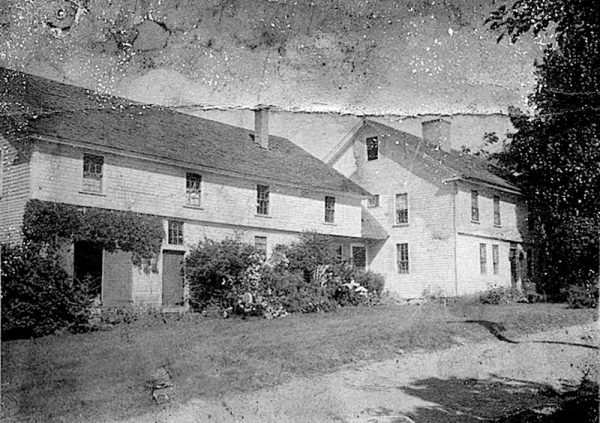 Here are a few more letters written to Meg Cline by Frances Upton from the Upton’s Flying Loon Farm at Lake Nubanusit in the Monadnock Region of New Hampshire. See Flying Loon Farm, 1934-45, Part 1, for more about Meg’s life on the Upton farm.

World War II
“I have not heard a German broadcast since the heavy bombings over Berlin which the short wave refers to as “terror raids.” I always wonder what they called it when they were doing the same to England.”

“We have been so distraught this winter with the uncertainty abt future plans and the difficulty of getting help and now F’ie deferment is almost up so we have that to contend with. It is such a problem to know which way to jump. They do not consider that we are farmers at all because we do not have all those units and because we do not have ten acres under cultivation. It is a vicious circle for two men could not have that many acres under cultivation anyway and you simply can’t get help now. So they will probably not defer F’ie again. It seems so unorganized at present as far as we small farmers are concerned for they keep hollering for us to raise more food and yet they will not let us keep any help.”

“Junior is now 2B until July 15. Then we shall have to go thru all the redtape and uncertainty again. We thot they had him this time for sure because the local draft bd. turned us down. But we went to the lawyer who is furnished for people who wish to appeal to the state bd. And he said he thot we had a good case. In a few days we got another card from the local bd. reversing themselves.”

“Yes the pkg came last Friday. I shall get every iota out of everything. We never have learned to live on our sugar and coffee rations. It was some help having so much maple syrup made last spring. This year they made only 2 or 3 gallons because it was a spotty season. We have never been confirmed in the habit; but you know the psychology of things being scarce or precious or banned. Their value is always enhanced and now I find all the crowd I cater to are injured when we run out. It seems that now the thing is to serve coffee instead of tea when people drop in, the idea being probably that it is a greater compliment to serve something rare and special. So I am having a burst of prodigality with these two items since your package came.”

“F’ie and Norma are scanning the skies for enemy aircraft two nights a week from 3 A.M. to 7 from a shelter on a hill top in Munsonville. It seems like baloney to me so far inland as we are, but it is orders from Concord and everyone is taking turns. I am doing as much as I can for the Red Cross too and they are teaching the women of the town to handle the fire pumps and all like that in case the Volunteer Fire Dept. has to go away and fight the enemy in a body. I presume you are on the same beam. I try not to let anyone see that I think it all very childish since everyone is so earnest. Personally I think it relieves the boredom of small town life for many of the most earnest. Possibly I am wrong however and will live to regret my cynical words.”

*Meg Barden Cline lives and writes in her 1830 farmhouse in Stoddard and in her home in Keene.