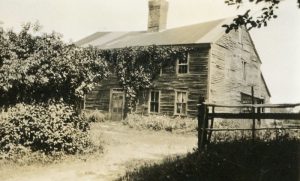 D-3-1
Smith was a farmer and the pound keeper in Nelson from 1786 until his departure for New York in 1824. The in 1795 the town voted to create a new pound at D-3-2 on Ezra Smith’s property as a convenience for him. Smith sold the place to Dr. Calvin Hubbard and moved to New York State with his son. He managed to return to Nelson and be buried in the Village Cemetery. Hubbard grew more interested in raising sheep than practicing medicine. Hubbard sold the place to Moors Rice in 1836. Sometime after that the places was acquired by George Granville Hardy who with his wife Mary (Stevens) raised 6 children. He was a farmer and skilled carpenter. At age 45 Hardy answered Lincoln’s call for volunteers and joined the 16th NH Regiment. He died of disease in Louisiana leaving his widow with children ages 1 through 12. Mary died seven years later.

The place was later acquired by John Dixon who was its last occupant. 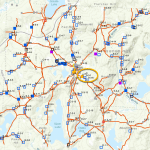