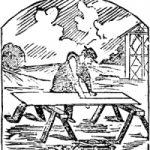 Upon this site stood a well preserved late 18th century house built by Ezra Sheldon in 1791. Ezra had been born in Reading, Middlesex County, Massachusetts, on 11 Jan 1763 to Abraham Sheldon and Sarah Hayward and came to New Hampshire with his parents. They made their home in Temple.

Ezra Sheldon married Sarah (“Sally”) Day of Packersfield (now Nelson), daughter of Peletiah and Mary Day. The couple were married by the Reverend Jacob Foster in early 1787. For a time they probably lived with the Sally’s parents at E-5-7.

In 1791 Ezra bought land on the south shore of Tolman Pond and built his house. They brought two infants with them to the new place, Sally: born in October 1787 and Fanny, born in March 1789. Eight more children would follow.

With his family growing by leaps and bounds, in 1810 Ezra bought a substantial farm at the outlet of Nubanusit from Abraham Goodenow (or Goodnow) and moved his family there. Sheldon’s “old house” was probably inhabited by one or more of his children.
See: Ezra Sheldon’s “New” House

Ezra died in 1826 and the house was then inherited by one of his younger sons, 23-year-old Amos. Amos and his wife, Almira (sometimes Elmira) Whittemore, had three children and lived there until their deaths in 1893. At that point the place became a summer residence for the family.

Amos and Almira’s granddaughter, Kate Spaulding, became the owner in the early 20th century and it remained in the Spaulding family until the building, prized for its unspoiled 18th century interior, was sold and moved from the site in about 2010. All that remains standing at E-3-2 is a small barn. 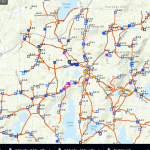