Ebenezer Tolman, a housewright by trade, moved to Packersfield from Fitzwilliam in 1790 with his wife, Mary (Clark) and 4 children. Tolman served in the Revolutionary War and kept a diary detailing his experiences as part of Arnold’s expedition against Quebec in late 1775. He is the founder of the Tolman family in Nelson. He bought the house at E-3-11 from Abiel Smith and built a new one at E-3-11 before buying this property in 1803 and building a new house here about 1805 – this third in fifteen years. This purchase brought his farm to over 200 acres. The Tolman’s had 4 more children. 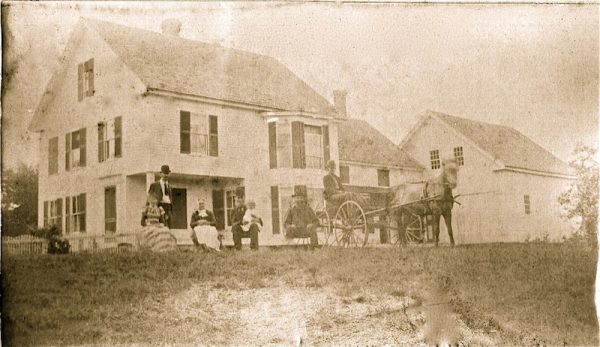 The Tolman family says this original house was located behind where the barn is today. At the age of seventy-nine, he transferred ownership in the farm, then 155 acres, to his son Cyrus. Cyrus married Lucy Abbott, daughter of Nathaniel and Phoebe Abbott (F-2-2). The couple had five children. Three settled in Nelson. Eben C. succeeded his parents here and his younger brother, Orson, was the first Tolman at E-3-9.

Perhaps around the time of sale of the farm to his son, Cyrus in 1827, a new house was built where the house is today. That house was replaced by Eben in about 1876. The old house was moved off its foundation and down into the field. The family lived there while the new house was being built. Sometime later the barn at E-3-3 was purchased from Charles Sheldon, disassembled and moved to its current location. Numbers painted in the frame members to facilitate reconstruction can still be seen. 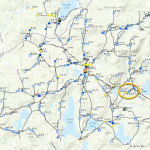