Ebenezer Tarbox: This site was in the town of Stoddard until 1835 when the Tarbox Farm was annexed to Nelson at the request of the Tarbox family. Ebenezer Tarbox family settled in the southwest corner of Stoddard as early as 1800.Th original house on this site was bult by Jacob and Lucy Blodget who moved here from Groton, Massachusetts about 1791 with their five children. They added two more here. Their daughter, Mary, married Ebenezer Tarbox in about 1800 and probably lived here with the Blodgets. Jacob and Mary returned to Groton in about 1808 and sold the farm to Ebenezer

Their first child, Mark was born here in 1801. They were to have four more. Ebenezer invested in the sheep craze during its early years when thousands of New England farmers cleared their land and bought sheep to graze in their pastures. They then sold the wool to one of the rapidly increasing number of woolen factories such as those in Harrisville, Keene, Manchester and Lowell.

One day in September of 1829 one of the Tarbox’s farm buildings caught on fire. A strong wind came up and the fire soon destroyed their home, all of the barns and outbuildings, and even the fences on the farm. Ebenezer and his son Mark, who was 28 years old, built again. The new house was a substantial brick one, built on or near the site of the one that had burned.
By 1850 Ebenezer and Mark owned 330 acres, most of which they had improved for agricultural purposes. They owned almost 200 sheep and sheared more than 500 pounds of wool. The farm also produced large quantities of potatoes, butter, cheese and maple sugar
By 1860 Mark had taken his father’s place and the Tarbox family had increased the size of their farm to more than 500 acres and their herd to more than 227 sheep. The value of the herd was $1000, one-third the value of the entire 500-acre farm. The sheep produced 835 pounds of wool that year. 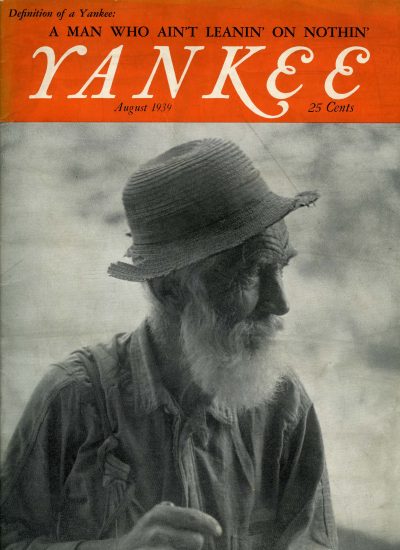 Mark Tarbox’s son Emory, born in 1843, was an active participant in the farm labor by that time. Emory, the youngest of four sons, remained on the farm. He came to love the farm life and the sheep were his pets as well as his livelihood. Although sheep farming was dying out in New Hampshire, Emory continued on. He was a friendly fellow who went barefoot whenever the weather the permitted. He was the fastest sheep shearer in town and became known as the best sheep man in the region. Emory became something of a hermit in his later years, growing a beard and caring for his herd on the farm at the end of the road from Munsonville Emory remained on the farm until his death at age 86 in 1929. By that time the house and remaining outbuildings were in serious disrepair. Ten years after Emory Tarbox’s death, his photo was featured on the cover of Yankee magazine, thereby immortalizing him as the “Shepherd of the Hills.”

The brick house may have become uninhabitable as we have this picture of the Tarbox house in those later years. 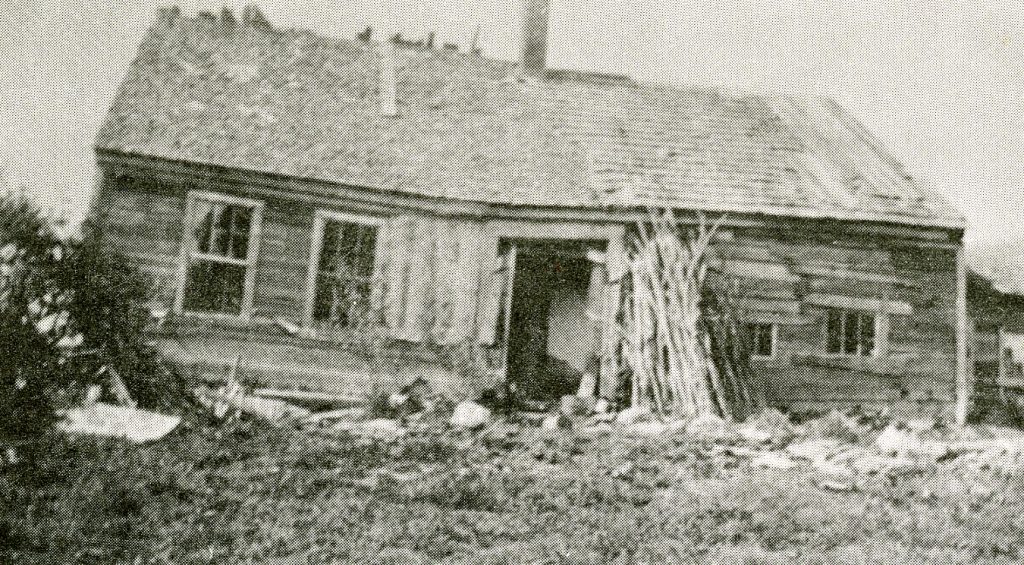 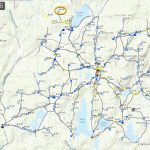