This modest cellar hole is the site of Nathaniel Breed’s “double pole” house built in 1768.  He, likely, replaced it with a proper board house at D-4-8 in 1773.

Nathaniel Breed was the second settler of Monadnock #6 and the first in what is Nelson today. Born in Lynn, Massachusetts in 1727, he began his medical practice in Eastham where he met and married Anne Knowles. Their first three children were born there. The family moved to Sudbury where two more children were born. At some point he met Breed Batchellor who sold him several hundred acres in Monadnock #6. In 1769 Abigail Breed was born in this cabin – the first child born in Monadnock #6. His oldest daughter, Deliverance, would marry Abijah Brown – the first wedding in the town.

Dr. Breed served several short enlistments in the Revolutionary War seeing service as a physician in the army around Boston. Breed was one “fathers” of Packersfield buying and selling hundreds of acres and taking a leading role in establishing a church in the town.

He and Anne moved to New Ipswich for a few years, but returned to Packersfield where they died in 1810. Both are buried in the village cemetery. 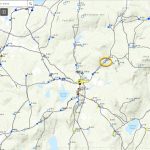