[“Corn” was the English term for all grain.; we would call this a “gristmill.”]

The outlet of Pleasant Pond (later Beed Pond and Silver Lake) was the site of three mills. The town’s first gristmill was established here in about 1771 by Daniel Wood of Upton, Massachusetts. He bought the property from Thomas Morse, an investor on Monadnock #6 land east of Pleasant Pond. Morse owned the original rights of Alexander Parke, Alexander Parke JR , Robert Parke and Joseph Parke totaling some sixteen hundred acres. It is likely that Woods was given some incentive to build the mill here. It would have been difficult to attract settlers without a place to grind their grain into flour and difficult to attract a miller with so few customers. Three years later Wood sold the six-acre piece with “with a gristmill and buildings thereon” to another early land investor, Moses Adams of nearby Dublin for £56 –approximately fifty times his purchase price. The mill was probably near the current dam on Silver Lake and Wood’s house was probably close to or part of his mill.

Moses Adams seems to have brought on William Beal, (also Beel) a nearby Dublin farmer, as the mill operator because from 1774 on the place was known as “William Beal’s corn mill.” Beal operated the mill until at least 1782 when Adams sold the mill and other buildings to Nathaniel Breed JR, son of Dr. Nathaniel Breed, one of Monadnock #6 original settlers. William Beal bought land and built the house at B-3-11 a few years later.

Breed substantially redeveloped the mill as a sawmill. The development including building a flume to carry water from the dam to mills located further down the brook that emptied the pond. The new location increased the drop of the water to the waterwheel and the horsepower available to operate machinery. Breed also built the house, now commonly known as the Seaver Place, at C-1-4 on the hill west and above the site of his new mill. 1815 he sold the house and mill to his son, Paul Whitcomb Breed. The younger Breed lived here and operated the mill until 1821 when he sold it to Jonas Child. Breed retained the house and water rights He leased those rights to Jonas Child who operated so he could operate the mill and to a Samuel Adams of Dublin for a term of fifteen years (1822-1837.) There were, likely, two mills operating here in the years between 1821 and 1833.

The Willson Waterwheel
~ An illustration from the patent application

A substantial redevelopment occurred in 1833. Henry Melville bought Samuel Adam’s water rights in 1833 and sold them to new developers from Keene: Aaron Davis and Jehiel Willson. The mill owned by Jonas Child was bought by Moses Wark of Dublin in 1832 and sold to Davis and Willson that same year. With their ownership of the site and the water rights consolidated, the partners seem to have converted the flume to a penstock and to have installed a Spiral Vent Waterwheel – the invention of Jehiel Willson’s cousin, Clark Willson, also from Keene.

That same year Jehiel Willson purchased the exclusive right to manufacture and distribute his cousin’s invention in the State of Maine.

We don’t know what the partners manufactured at their refurbished mill, but it was likely, far more than a simple sawmill with a state-of-the-art turbine. Jehiel Willson’s obituary published in the New Hampshire Sentinel July 17, 1889 reported that “Jehiel Willson inherited much of the skills and inventive genius of his father and to him it is believed belongs the honor of making the first pails which were ever turned by machinery….With his invention, Mr Willson used to make twelve pails a day …. six pails a day was considered a big day’s work for a man. “ Willson’s pail shop was in South Keene.

In 1841 Jehjel Willson had some sort of business reverse and he lost his half of the mill in a court judgement. Aaron Davis retained his half ownership, but sold much of that interest to other partners in the years between 1849 and 1850. The increasing price of partnership interests during those years is evidence of a prospering enterprise. Never-the-less, the mill seems to have discontinued operations sometime before 1858. 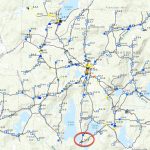