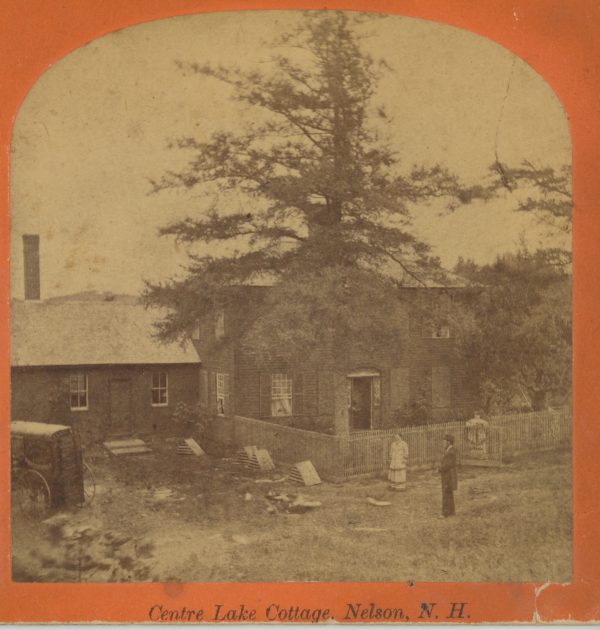 Born in Westminster, Vermont, in 1785, Simon Goodell attended two courses of lectures in medicine at the Dartmouth College. In 1812 he was recruited to practice in Packersfield by some influential members of the community. One of those members, Josiah Melville, sold Dr. Goodell the property here in 1815 and he built the house “finishing it inside with a great deal of fine work.” In 1817 he married Lydia Melville, the oldest daughter of Josiah and Sarah Melville. The Melville’s transferred the adjoining 17 acres and two other pieces of land to Lydia on her marriage.

Simon was well regarded and built a substantial medical practice in the area. In 1821 he recruited Dr. Calvin Hubbard to assume the practice. The couple’s personal life was tragic. They lost their son, Melville Goodell, in 1820 at age of 16 days. Lydia herself died in Nelson May 3, 1823 probably in childbirth with the birth of their second child, a girl. They are all buried in the Village Cemetery. Simon sold the place and moved back to Vermont. He remarried two years later and named his first child Lydia Melville Goodell. By then he had moved to Lowville, New York. He died there in 1865. Simon sold the place in 1826 to Henry Melville an Amos Stoddard. Each had family homes nearby so it is not clear who live here between 1826 and 1841.

Daniel French was born in Bedford, NH in 1797 and married Polly Riddle in 1820. The couple had five children including Silas and Edward. In 1841 Daniel was called to be the minister of the Nelson Church. He bought 26 acres of land “just south of the burying ground” from Oliver Stone who had a cobbler business right next to the old common. In 1852 he sold he place to his son, Silas, and moved to Hudson, NH.

Silas French was born in Bedford, NH in 1828 and moved with his parents to Nelson. Silas met and married (1847) a local girl. Sarah Griffin was the granddaughter of Samuel Griffin and the daughter of Nathan and Sally (Wright) Griffin. The couple had two children. Silas and his younger brother were apparently wealthy and enterprising. They invested in plumbago mining rights, leasing land from Gad Newell for the purpose, and bought the gristmill owned by Asa Wilson. All this came to an end when Silas died in 1857. Sarah French stayed on in the house and raised her children there. She remarried Zenas Sherwin in 1874. She was forty-five and her husband was a fifty-year old Batchellor from Bennington, Vermont. The couple moved to Wisconsin taking her children, ages seventeen and twenty, with her.

In 1939 the place came into the possession of D. Page Wheelwright. It remained in his family for three generations. It was recently purchased by Keenan and Patricia Blanchard. 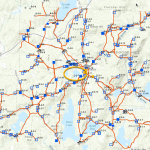