In the late nineteen-nineties it took the Nelson School District three years to design, achieve political support for and build an addition to the Munsonville School. In 1821 School District Number Seven faced similar issues and dealt with the inadequacies of the old wooden building in a matter of months. 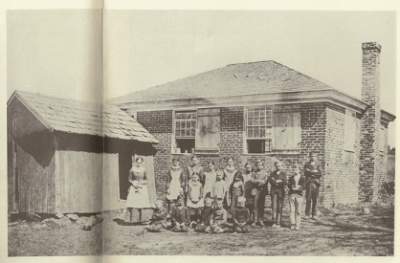 A year after repairing the school roof for $7 the District launched a major project: 1821 February, “voted to appoint a committee to examine the schoolhouse and see what repairs are necessary and report to the next meeting.” The committee members were Bethuel Harris, Palmer Bryant and Samuel Scripture. The committee took a week to do its work. There is no record of their report, but it resulted in a district meeting in March to consider a warrant article to raise $200 to build a new school house or repair the old one.

At that meeting the district voted to build a new school locating it on James Bryant’s land on the east side of the road that led to Dublin from Captain Scripture’s. This is on the Tolman Pond Road across from Scripture Road today. It was to be made of brick and be 20‘ by 23’ with a wooden shed on one end. Major Bethuel Harris was chosen to make out the bill of materials for the project. Then they adjourned for 10 days.

When they met again, they scrapped the wooden shed and agreed the schoolhouse should be extended 3’ so it was, now 20’ x 26’ and all of brick.  A committee of Bethuel Harris, Samuel Scripture and Josiah Richardson were chosen to oversee the work.

We have their bill of materials: 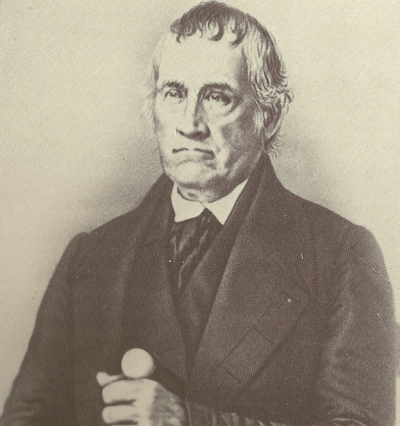 A forensic architect could make drawings of this building knowing it was 20 x 26’ with the above list of materials.  That the interior walls were plastered is clear from the 500 pounds of lime. The lath on which the lime was spread is seen in an item toward the bottom of the list: “ 200 feet of ½” hemlock boards.” They had a nice stone threshold costing $3.50 – almost what the winter’s wood supply cost in those days.

It is interesting that the brick was supplied by Major Harris’ brickyard and Colonel Harrington’s brickyard.  Harrington’s yard was located on the side of today’s Henderson Road in Nelson; The location of Bethuel Harris’ yard is less certain.  It was probably the brick works on Nelson’s Brickyard Road – the same kiln that supplied the brick for the mills in Harrisville. One wonders why they bought brick from two sources.  A careful look at the building that resulted reveals that there were approximately 1,000 bricks used in the chimney suggesting that this was built of the brick from the Harrington Yard.  Was there something special about those bricks?

The district appropriated $240 for the whole project. The new school was ready for the winter session of 1822. The whole decision making process took 8 weeks and the old school house with its new shingles was sold to Absolom Farwell for $4.02, less than the roof had cost the year before.