There have been two dwellings here. The current cabin was built around 1897 by Dr. Seneca Egbert, a resident of Franklin, Pennsylvania, who used the old farm as a summer place until his death in 1939. More recently it has been owned by Fred French.

The Egbert cabin was built near the cellar hole of the original farmhouse which was built in 1797 by Benjamin Eaton of Westminster, Massachusetts who bought 80 acres here. He sold the place to Ebenezer Gates in 1804. Ebenezer sold it to the first of a long succession of the Robbins family in 1810. Josiah and Ira Robbins bought the place in 1817. Josiah was born in Townsend, Massachusetts in 1761. By the time of the Revolutionary war his family had moved to Pepperill and Josiah enlisted from there. He came to Packersfield following the war first settling a B-4-3. Oliver Robbins succeeded his father, Josiah, in 1833. He was followed by his brother, Lovewell in 1839. Lovewell and wife, Joanna (Wheeler) lived there 17 years selling it to their son, Nelson lived there until is death in 1870. Afterwards his widow, Lydia (Atwood) and their son, George ran the farm. Lydia seems to have lived on the place at least until the arrival of Dr. Egbert. 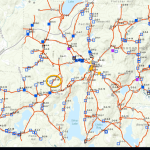