Asa Robbins:  Asa Robbins seems to have moved here from C-1-1 in 1799. He did not own the property formally until he purchased 26 acres in the southwest corner of lot #3 range 8 in the southwest quarter from Bannister Maynard in 1807. He was certainly living here at his death in 1813. His widow, Elizabeth, succeeded him and lived here until the early 1830’s when she moved to Templeton, Massachusetts. Their son, Allen and his wife Sally (Gage) lived here with his mother until about 1833 when the whole family moved to Templeton. Allen died there in 1844 followed by his mother in 1860. They are buried in Templeton. They were succeeded on the farm by Philip Atwood II who moved here with his parents, Josiah and Lydia, in 1833 from C-4-19. Josiah died in 1841 and Lydia followed him ten years later. The place was probably abandoned some time after Lydia’s death. 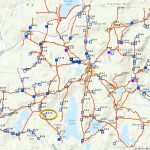