Asa Robbins bought the land here in 1793 and built the house still standing there. Asa was born in Westford, Massachusetts in 1769 and moved to Packersfield with his brothers, Noah and Josiah in about 1790. He married Hepzibah Adams, daughter of John and Mary Adams (C-2-3). They had two children here before her death in 1797. Asa married Elizabeth Spear of Stoddard and had nine additional children. Robbins sold the place in 1799 to Absolom Farwell who was there until 1812 when he sold it to his nephew, Foster Farwell and moved to Maine. Foster, his wife Betsey (Gurler) and their fifteen children lived there until 1835 when their son, Joseph bought the place and was there in 1858. The property came into the possession of the Wells family in the late 19th century. A member of that family, David Kennard owns the farm today.

The above chronology differs entirely from that in Struthers. He attributes the home to John Adams and its date to the 1770’s. The One Hundred and Fiftieth Anniversary states that Adams lived on “the William Seaver place above Breed Pond [Silver Lake]” His deeds clearly indicate that his place was east of the lake. There are no Adams deeds for property west of Silver Lake. Struthers copies this description and, unfortunately, puts it on his map west of the lake. There are deeds that support Asa Robbins ownership (Cheshire County Registry of Deeds Book 27 page 473.) Sadly, this error was made part of the submission to the National Park Service for inclusion in the National Register of Historic Places. 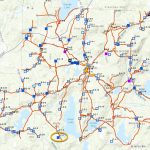