Apple Hill Music Camp:  The cape that is the center of Apple Hill Center for Chamber Music campus was built by William and/or Oliver Wright in about 1790. (This is a different Wright family that the one that settled at F-3-4.)

The property was owned by Jonas Minot of Concord, Massachusetts at the time, but road #81 was laid out to “Oliver Wright’s house” in early 1791. Tax records indicate that the two Wrights lived here then. The Wrights were partners of Jonas Minot in the development of this property building this house and the one at B-3-13. There was apparently a property development agreement among the partners; William Wright bought the property from Minot on May 21, 1793 for 75 pounds and sold it to William Balch four days later for 103 pounds.

Balch lived here until 1808 when he sold it to Willard Stone. Stone was here from 1808 to 1817; he was followed by Benjamin Buckminster, son of Solomon (A-2-4). He moved to D-2-7 and was succeeded by his bother-in-law, Noah Hardy JR. Hardy sold to Reuben Phillips in 1824 and he to William Towns in 1838. Towns was here until 1854 when he sold it to George Lawrence. Arthur Newcomb and several others owned the farm. In 1971 it became the permanent home of the Apple Hill Center for Chamber Music.  “Apple Hill” offers educational and mentoring programs each year to 300 students on-site and to thousands more throughout the world while producing approximately 60 concerts each year. It is part of Nelson’s tradition of music Over 50,000 students from around the world have attended Apple Hill’s workshops since its founding an important tended Apple Hill’s workshops since its founding. 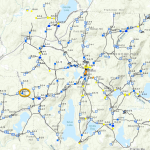 Read more about the Apple Hill Center for Chamber Music 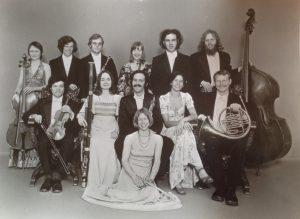