Amos and Sybil (Brown) Heald came to Packersfield from Temple in about 1789 and had built the house here by 1790. Amos was a housewright. Their first child (of eight), Oliver, was born here in October 1, 1790. The Healds seem to have moved to Dublin in 1828. Sybil died in 1837 and is buried in the Munsonville Cemetery. Amos died two years later and is said to be buried in Ohio.

The property was sold to Amos’ sister, Lucy Heald Osgood, the widow of Samuel Osgood of Sullivan who occupied the place until just before her death.  Gillman Griffin was the next owner from 1842 until his death in 1862 of typhoid fever. The current owner is Barton Armstrong. 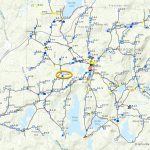